Requirements in order to complete this tutorial:

The short, sweet version is:

There is a much more detailed and comprehensive article about the differences, here

Step 1: Install Homebrew (if you already have Homebrew installed, you can skip this step).

Note: If you already have Vapor 2 (or Vapor 3 beta) installed on your machine, simply run $ brew vapor update, and you can skip the steps below.

Step 2: Add Homebrew Tap Next, we need to give Homebrew access to Vapors MacOS packages. To do so, simply run:

After installation is complete, you can test to make sure everything is installed correctly. Run:

And the output should say:

Great! Vapor is now installed, and we are ready to create our first project.

Before we proceed, run the following in terminal:

You should see the following come up: 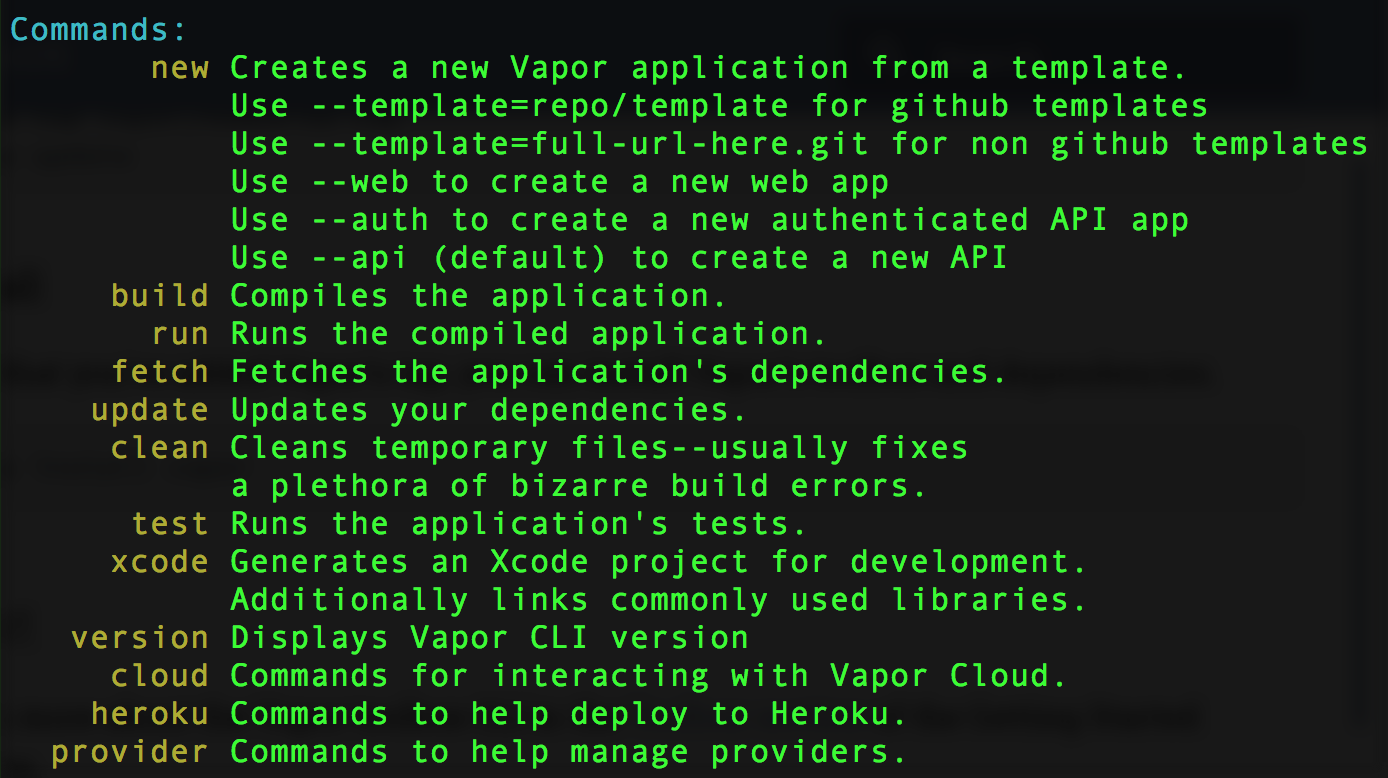 Here we see a list of commands that we can use with Vapor's CLI (command line interface).

We won't be using all of these, but to start, I'll just point out a few of the common ones that you will need to use on a regular basis:

Time to create your first Vapor project! In terminal, run:

This may take a few moments. Upon completion, you should see: 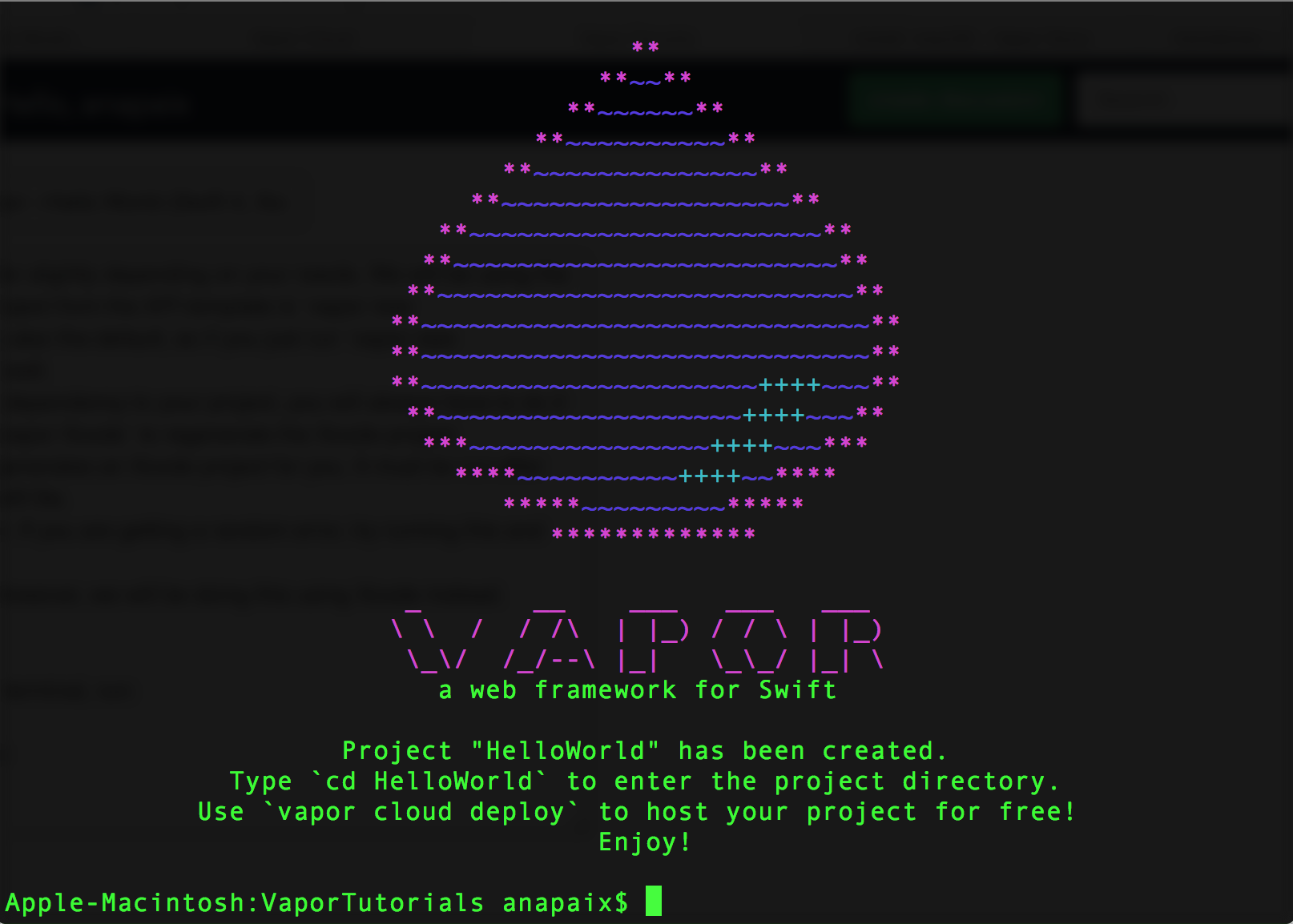 Great! As it says, now run $ cd HelloWorld to enter into our project directory.

Once in your project directory, we need to generate an Xcode Project. Run:

This may take a few moments as well. Upon completion, you will see:

Respond with `y` to open it, and then press Enter. When opening the project, you should see this:

To run our project, we must change one thing. Click where it says "HelloWorld-Package" at the top:

And scroll down to where it says "Run", and select that:

Now run the project by clicking the Play button at the top left, and navigate to http://localhost:8080/hello. You should see:

And that's your first Vapor project! There is much, much more to learn with Vapor as well. There will be plenty of tutorials to come in the near future.